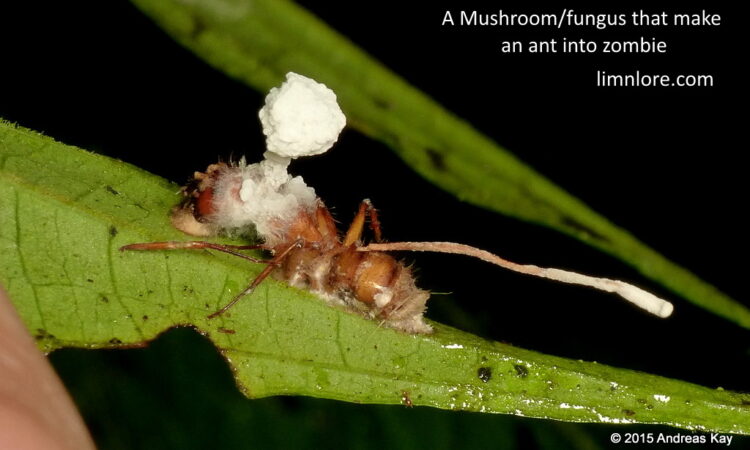 Have you ever heard of a fungus that takes over the body and mind of an ant? You may have seen it in a horror movie – an evil creature that controls its host, turning them into a zombie-like being. The truth is, this isn’t just fiction – it’s real life! The fungus Ophiocordyceps unilateralis has been studied for many years now, and scientists have recently discovered its ability to turn ants into mindless slaves. In this article, we will look at how this fungus works, the implications it has on our environment, and what we can do to prevent the spread of this deadly organism. Read on to find out more about the mysterious world of “zombie ants”!

Cordyceps mushrooms are strange and wonderful creatures. These fungi live on the bodies of insects, and sometimes even other small animals, until they eventually kill their host. The cordyceps mushroom then bursts out of the host’s body, releasing spores into the air in order to continue its lifecycle.

While this might sound like something out of a horror movie, it’s actually quite an interesting phenomenon. Cordyceps mushrooms have been used in traditional Chinese medicine for centuries, and more recently, they’ve gained attention for their potential health benefits.

Some studies have shown that cordyceps mushrooms can improve athletic performance, boost immune function, and even fight cancer. So while these fungi might be creepy, they could also be beneficial for your health!

When a zombie ant is bitten by a particular species of fungus, the infection takes over its brain and causes it to climb up plants to a spot where the fungus can better spread its spores. The fungus then sprouts from the back of the ant’s head and releases more spores, continuing the cycle.

In some cases, the fungus even manipulates the behavior of the ant to make it more likely to be eaten by predators, furthering its own dispersal.

Cordyceps are parasitic fungi that take over the bodies of insects and other small animals. The most famous Cordyceps is the “zombie ant” fungus, which takes over the body of an ant and controls its movements.

Cordyceps are found in many different parts of the world, but they are most common in tropical regions. They grow on the ground, on trees, and even on other fungi.

Cordyceps are used in traditional Chinese medicine, and they are becoming increasingly popular in the Western world as well. Some people take Cordyceps supplements to improve their energy levels and stamina, while others use them for medicinal purposes.

Cordyceps can be difficult to find in the wild, but they are available from some online retailers. If you are interested in trying Cordyceps, make sure to do your research and buy from a reputable source.